About » Our Anglican Patrimony 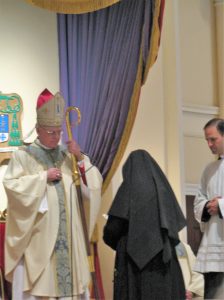 At the celebration of the decree of erection, Archbishop Edwin F. O’Brien commenting on how we sisters came to this moment, referred to:

“….grace built upon grace through the sacramental and prayer life flowing from your rich Anglican tradition – to which all of you owe so much.”

Pope Benedict XVI wrote in Anglicanorum Coetibus (#5, III) of the importance of maintaining “…the liturgical, spiritual and pastoral traditions of the Anglican Communion….a precious gift nourishing the faith….a treasure to be shared….”

What is this treasure, this ‘Anglican Patrimony’?

The mist on an English moor is elusive and impossible to describe in words, unless perhaps by poetry.  Nevertheless it is quite real.  The heritage of the Anglican or English spiritual way is equally elusive of definition.  It almost needs to be experienced to grasp what it means.  Nevertheless, like the English mist, it is quite real.  No one has all the pieces of this mist, yet here are some brief thoughts with gratitude to others who have pondered this issue.

The Anglican treasure is :

Consider a list of a few of the more famous converts: 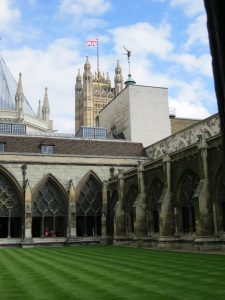 And a host of others who became faithful priests, bishops, religious and lay people in the Catholic Church – and most lately, the All Saints Sisters!

Perhaps the most mysterious gift of this Anglican patrimony is its way of graciously leading souls onward – with the kindly light of Christ – leading, in fact, into full communion and union with the Holy See.

The Anglican treasure presents a beautiful synthesis of prayer and life.  It has preserved a sense of the holy within the ordinary, all encircled and encompassed with God’s loving, Trinitarian Presence.  Here is a quality of down-to-earthness, a “homeliness” (Julian of Norwich’s term), a warm, tolerant and human devotion rooted in love reaching up to heaven. 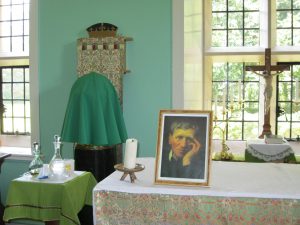 This part of the spiritual heritage of Anglican converts yet it is symbolized by the old Book of Common Prayer and particularly difficult to explain.  The Roman Catholic Church has nothing like it.  Nothing.  Born in 1549 of the horrible, bloody rupture known as the English Reformation, this one book soon became the corner stone of the English spiritual way.

It preserved a deep reverence for the Holy Eucharist, a central place for the Divine Office as corporate worship for the entire church which gave birth to a delicate sense of prayer, of the heart in pilgrimage, “Church bells beyond the stars heard, the soul’s blood….something understood.”  (George Herbert, Prayer I)

“You are here to kneel/ Where prayer has been valid.”  ….

“Here, the intersection of the timeless moment”  ….

“So, while the light fails/ On a winter’s afternoon, in a secluded chapel/ History is now and England.”      (T.S. Eliot, all from ‘Little Gidding’)

In the Middle Ages, England was called “the land of the Benedictines”.

There is in the English patrimony, a spiritual continuity between the desert fathers and mothers, the monastic led Celtic Church, St. Benedict and his sons: including St. Augustine of Canterbury, St. Anselm, St. Aelred the Cistercian, on through the 14th Century English mystics,  the Caroline Divines, the Tractarian priests, Blessed John Henry Newman…..and many holy monastic men and women from c.1850 to 2012.

This monastic quality is revealed in at least three ways:

Stability…not as a vow, but as “in a settled church.” (John Donne)  This is also the English tendency towards ‘balance‘ which is a monastic quality. This is “A serious house on serious earth…” of Philip Larkin’s Church Going

Recollection…As in the Rule of St Benedict (RB) there is an emphasis on ‘conversion of life’ so in the Anglican patrimony there is this emphasis on habitual living in Christ’s Presence in the Church and a meditative approach to life.  As the 14th century English Mystic, Julian of Norwich, put it:

‘The fruit and the purpose of prayer
is to be oned with
and like God in all things.’

The Divine Office…Anglicans have long been a people of the Divine Office in which all were expected to participate.  Generations of Anglicans grew up going to church on Sundays (and sometimes on weekdays) to chant the Psalms at Morning Prayer – and often Evensong as well.  The Book of Common Prayer (BCP) preserved the monastic quality of the Hours and made it an integrated system of gathering for community prayer. 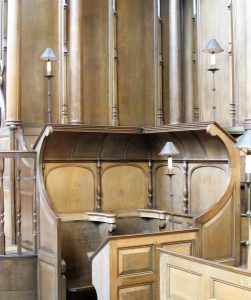